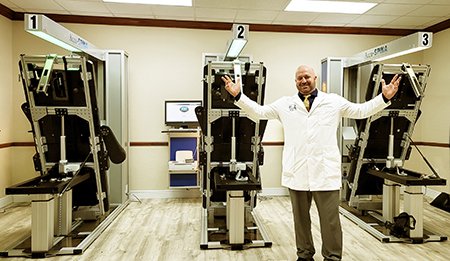 Offering IDD Therapy® Treatment Helps Your Patients and Your Practice

Given the statistics above, and the success rates experienced with IDD Therapy® Treatment, adding IDD Therapy to your practice could be the answer to the countless number of prospective patients near you desperately searching for alternatives to topical treatments, oral medications, and surgery to treat their neck & back pain.

With IDD Therapy, your practice could become one of the many that expands not only their patient base, but also their income potential.   It is not unusual for a doctor to add one Accu-SPINA® table initially, and then need to add additional tables to meet patient demand.

The combination of North American Medical’s science-based methodology and mission to develop the best non-surgical treatment options, resulted in the creation of an advanced class of spinal decompression:  IDD Therapy® treatment.

IDD Therapy® is only administered using the Accu-SPINA® System and enables the body to heal many back and neck problems without invasive surgery, injections, or addictive substances.

As a medical provider, finding effective treatment plans for patients in pain is your primary goal. Surgical intervention for back pain is an all too common prescription when a patient is in pain, and even the best medical doctors suggest surgery only after all non-surgical, first-line treatment options have been exhausted.

But for those patients with chronic back or neck pain, there is a state-of-the-art alternative unlike any other that many surgeons do not know about – the FDA cleared and fully patented Accu-SPINA® with sinusoidal oscillation IDD Therapy® protocols.

The Accu-SPINA® System for IDD Therapy®

The Accu-SPINA® System is a one-of-a-kind, software-driven platform that uses advanced technology to provide an effective treatment plan for those with chronic back or neck pain. The Accu-SPINA® is also the only therapeutic device that offers Intervertebral Differential Dynamics (IDD) Therapy® combined with our patented Sinusoidal Oscillation Method for lumbar AND cervical modalities.  It was the first system ever developed with high-level computing capability and closed-loop treatment feedback monitoring.

View detailed information about the Accu-SPINA

IDD Therapy® treatment is the highly specialized, advanced spinal decompression which can ONLY  be administered using the Accu-SPINA® system.

IDD Therapy® and the Accu-SPINA® were developed and advanced by neurosurgeons, physical therapyists, and other healthcare professionals for the non-surgical resolution of back and neck pain.

After decades of use, and over a million treatments, we are proud to say that IDD Therapy has maintained an exemplary safety record and outstanding success rates.

What is the Patient Experience?

The employment of a factor or power that mathematically increases in a non-linear manner is referred to as a logarithmic curve. There are numerous pre-programmed formulas that may express various non-linear results. To put it another way, there are many different types of logarithmic curve equations. 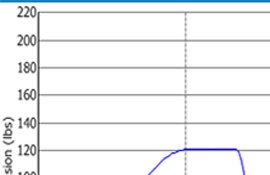 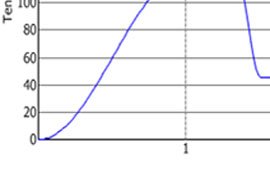 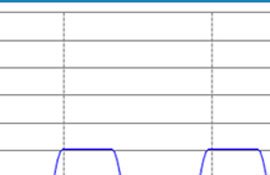 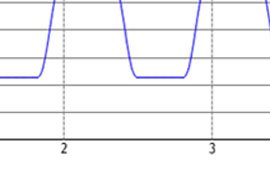 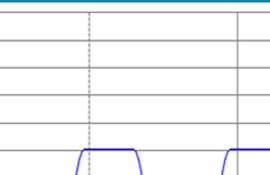 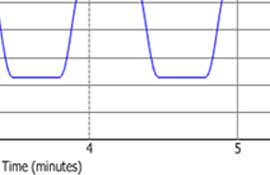 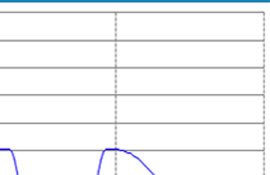 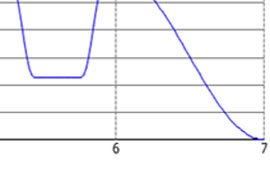 So, what role does it play in decompression?  Nonsurgical spinal decompression was designed to be non-linear from the start.  When you use a linear pull, you’re applying traction.  It has been shown that traction causes a pull-back effect in the muscles, which can harm rather than help musculoskeletal function. To achieve decompression and rehabilitative benefits, the algorithm must be able to bypass the muscle response.

Now, some device makers have taken to claiming they have the logarithmic curve that was used in the famous Ramos and Martin study.  But in truth, no logarithmic curve was cited in the 1998 Ramos study which proved the decompression event, because the algorithms had simply not been invented yet!  That study used an air-powered decompression device which therefore, did not possess the technological ability to apply calculated forces.

The first decompression device algorithm was invented by North American Medical in 2004, its sinusoidal oscillation algorithm.  It wasn’t until a few years later that Dr. Dyer invented the algorithm he dubbed the Logarithmic Curve.

Oscilating Logarithmic Curve™ – Only on the Accu-SPINA®

As a clinician choosing a treatment device, it is important to consider the outcomes which were achieved with each devices’ algorithm.   Just as you wouldn’t buy a Ford expecting the performance of  you naturally want the equipment with the best performance- measured in patient outcomes.

IDD Therapy® treatment on the Accu-Spina® System was the first treatment to achieve 92% success rates* treating lower back pain in independent studies. It accomplishes this by employing a one-of-a-kind logarithmic equation that results in neither horizontal or vertical movement during the dynamic treatment force. The resulting sinusoidal waveform has been shown to provide the most pleasant and effective spinal disc rehabilitation and decompression treatment. Other manufacturers cannot reproduce its effects because this technology is patent protected and can be found only on the Accu-Spina® System.

At the peak of the distractive force, IDD Therapy’s proprietary oscillation technology permits a secondary waveform to occur. The distractive energy rapidly alternates within a few pounds when reaching peak force. Only the Accu-Spina® System has the mechanical, technological, and software sophistication required to accomplish this. The Oscillating Logarithmic Curve’s™ changing energy addresses proprioceptor firing and improves neuromuscular responsiveness. The combined effects optimize the goal of creating negative mercurial pressure in the disc, increasing “vacuum,” allowing the disc to grow in height while shrinking in lateral spread.

Consider the operation of a standard plunger. You produce more “suction” when you move it up and down quickly. This is the same result as when IDD Therapy® treatment with the proprietary patented sinusoidal oscillation technology is used. The vacuum or suction causes the disc to absorb blood, water, and glucose, which are essential nutrients for disc health.

Together with an advisory board consisting doctors & scientists, NAM designed treatment protocols specific to IDD Therapy® on the Accu-SPINA  to treat back and neck pain. This advisory board met once a month to share information and discuss the doctors’ in-clinic patient observations with their respective IDD Therapy® patient groups. Not only were ideas exchanged on the mechanical effects of optimal unloading, but also about how different Accu-SPINA® algorithms seemed to evoke different physiological responses in patients who had previously been treated with other equipment. Many specialists stressed the need of generating the proper signaling and dynamic pattern for each patient session by understanding how the body’s cells and organs accept signals from the environment.

The invention of the first decompression device algorithm coincided with the realization that particular force patterns and mathematical changes of dynamic energy applied to the spine would elicit significantly diverse physiological effects. In 2004, Becerra-North American Medical filed a patent application for their Oscillatory Signaling Sinusoidal algorithm, which was granted in 2011. With the introduction of the proprietary “Decompression Modalities Using the Oscillatory Signaling and Smooth Transition” algorithm on the Accu-SPINA® System, patient success rates for pain alleviation and handicap reduction increased dramatically.

Only IDD Therapy® treatment on the Accu-SPINA® system optimizes the function of the human body through movement science.

IDD Therapy® treatment on the Accu-SPINA® System should NOT be administered to patients diagnosed with the following conditions: